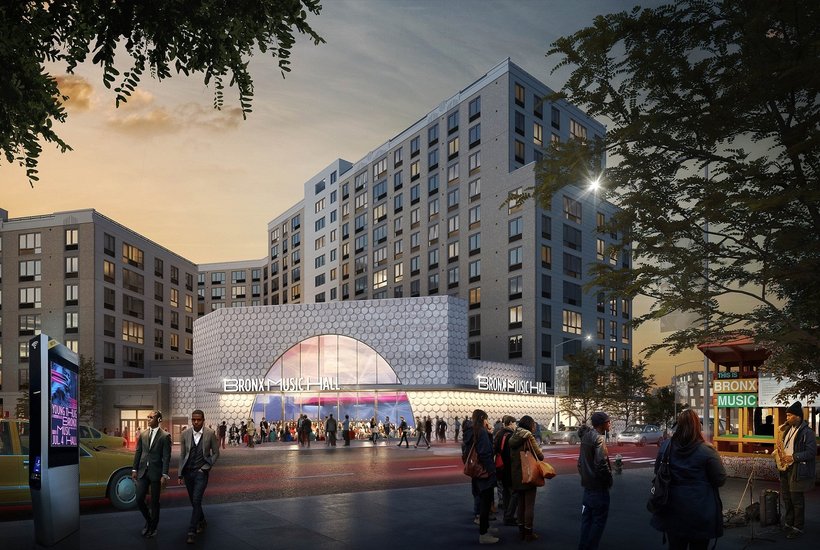 The BMHC’s temporary home is located in the Crotona Park East neighborhood at 1303 Louis Niñé Boulevard, Bronx, NY 10459. But great news! In 2017, we broke ground on Bronx Commons, WHEDco’s third and most ambitious affordable housing development, which will serve as the permanent home to the Bronx Music Heritage Center.

Located in the Melrose neighborhood of the Bronx, the cultural centerpiece of the development will be the Bronx Music Hall, which will showcase the forgotten music history of the borough, while catalyzing economic development in the surrounding area.

The Bronx Music Hall @ Bronx Commons will include: